Sharp of wit, blade, and tongue. In the Galleries of Stone trilogy, Freydolf may make a poor Pred, but his brother-in-law Aurelius has always been an excellent one. 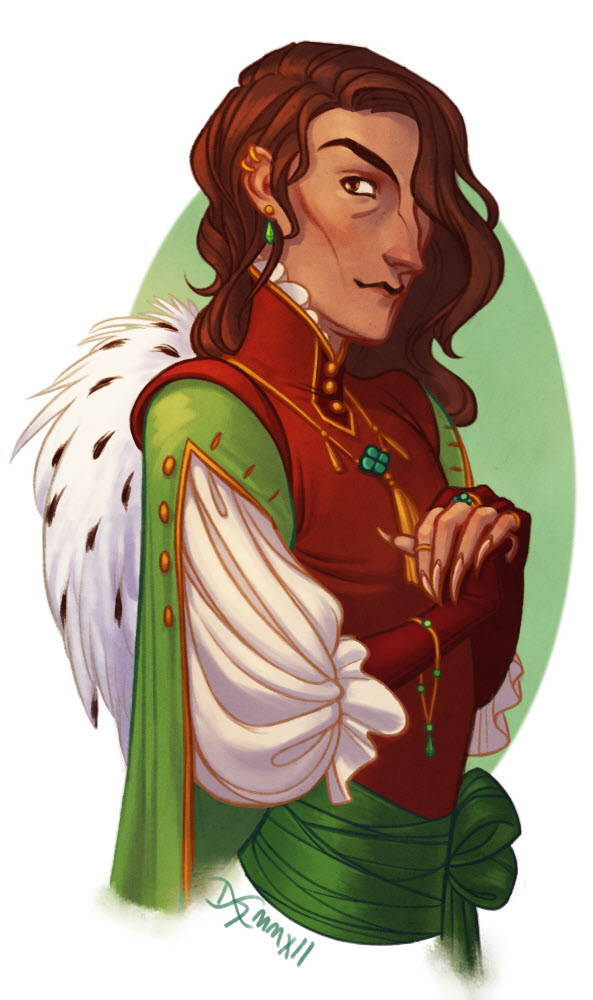 
“You’d have to be an imbecile to call my masculinity into question!” Voice deepening demonstratively, he waved a jewel-bedizened hand, his ruffled cuffs fluttering as he growled, “I’m incensed! I’m insulted! I’m incontestably male!”

Tupper made a soothing gesture and explained, “Farley overheard Aggie asking mother whether to call Freydolf uncle or auntie, and he tattled to me. I explained that it wasn’t a Pred’s fault, so it’s okay.”

Aurelius was even more indignant, but then it dawned on him. Swearing under his breath, he demanded, “Is this about horns?”

“Aye, it seems we’re pitied for our lack,” Freydolf relayed.