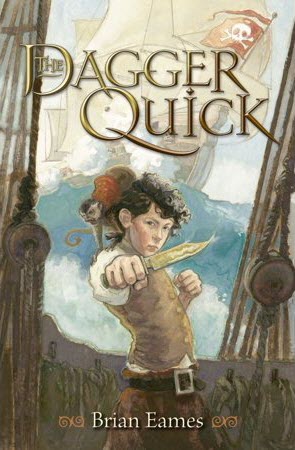 Until the day Captain William Quick arrives at port in Kitto’s hometown, the boy has no idea that his hard-working cooper father (that’s a barrel-maker, by the by) had ever done anything more interesting than turn staves into barrels.

Privateers and pirates. Step-mothers and half-brothers. Old secrets and hard memories. Slave ships and cheeky monkeys. A vivid adventure that takes the time to explore the complexities of integrity, loyalty, and bravery. Eames has impressed me, and I’m eager for more of his storytelling. Now to get my hands on the sequel!