Last weekend, I attended the reception for the San Diego Public Library’s 49th Annual Local Author Exhibit. To take part, you contribute a book written during the previous year, which is then included in a huge display on the downtown library’s first floor. To my knowledge, this was the first year they limited authors to one title. Which meant I had to pick and choose. I published five titles during 2014—Galleries of Stone, Book 2: Harrow and the first four Byways books.

In the end, I went with Byways, Book #3, Over the Bridge: A Zane Johns Adventure, in part because I have the cover art for that book printed on postcards. My name appeared in the program, and the librarians acknowledged every author’s efforts with a medal. 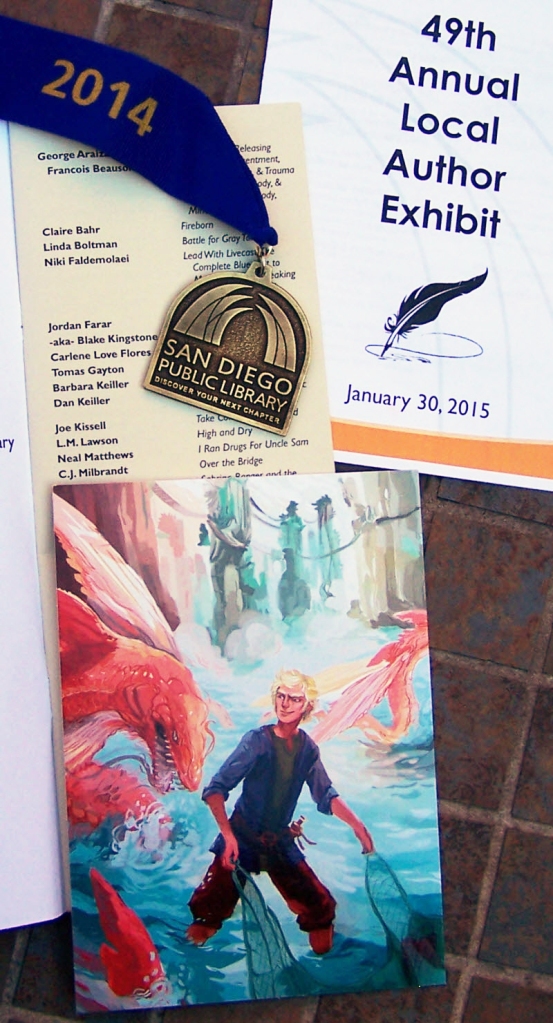 Publishing plans for 2015 are even more ambitious. Six Byways books (two batches of three), the third book in the Galleries of Stone trilogy, a Galleries novella called Peaceful Wolf, and (of course) Deuce. Check out pictures from last year’s author event, when Meadowsweet (Galleries of Stone, Book 1) was on display.